We already show you the Castle by Maxim Baybakov. After a months of hard work and a lot of orders on Bricklink author increased size of his MOC. He added a landscape with rocks, pools, trees and people of course. King Edric with his 70 warriors and knights going to kick ass of imperial raiders.

In the last couple of weeks attacks on eastern villages have increased. The first Kwynn and Troughbren were ravaged, then Ehlerdah. In all cases, the survivors spoke of knights with the flag of the dragon.
More than 10 years have passed since the last conflict with the Empire, during which their leader Emperor Rimusk and most of the vassals were defeated. The new Emperor Marius maintained a good relationship and seemed to be turned up for peace. But not all lords agree with him…
Whatever it was, the scouts confirmed – the attack involved the warriors of the Empire. After gathering the army, King Edric and Lord Gerard go to the borders of the kingdom to establish order.

We have information that Maxim has much more soldiers in the barracks (about 350). When we’ll see such epic rumble? 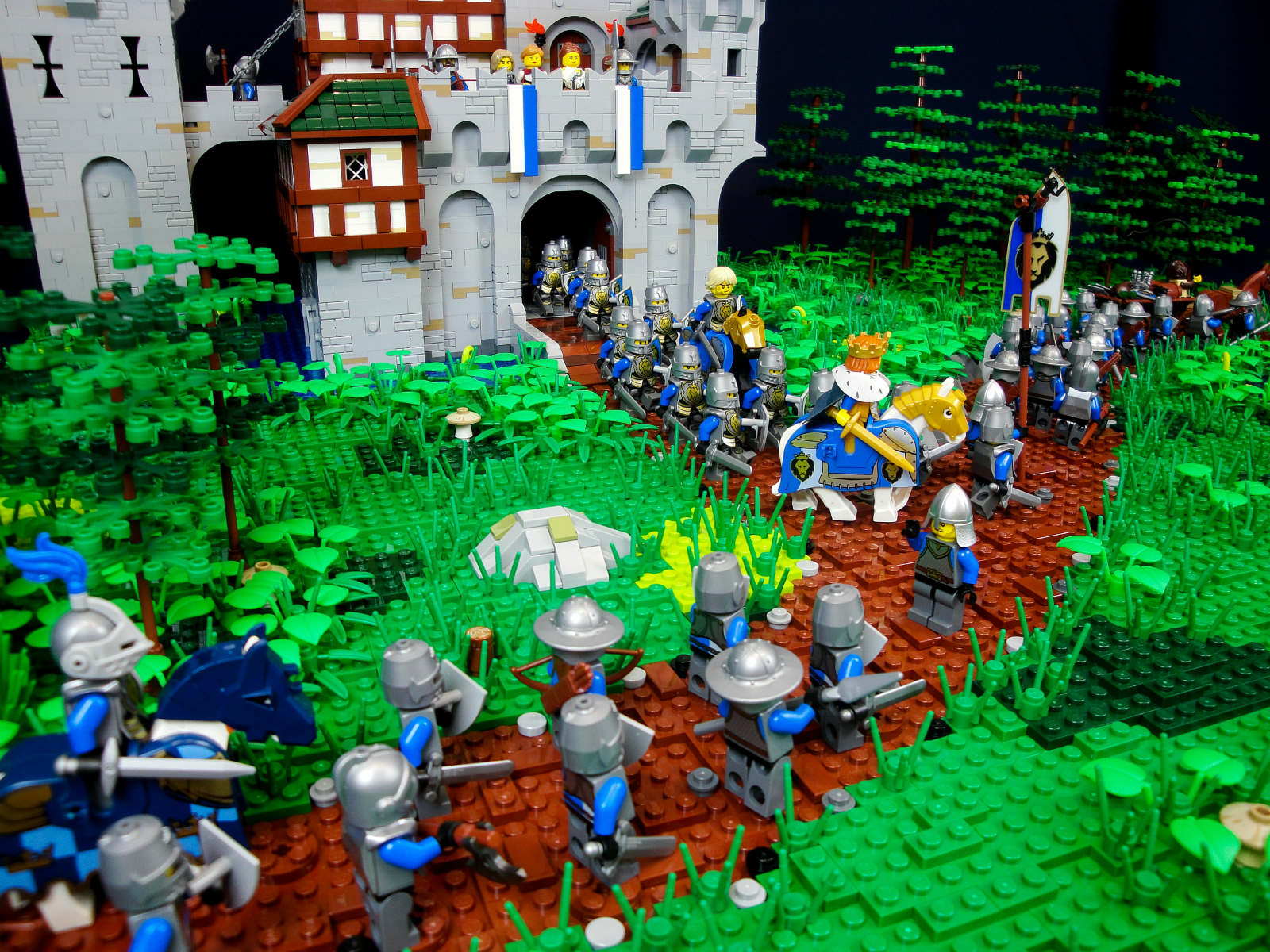 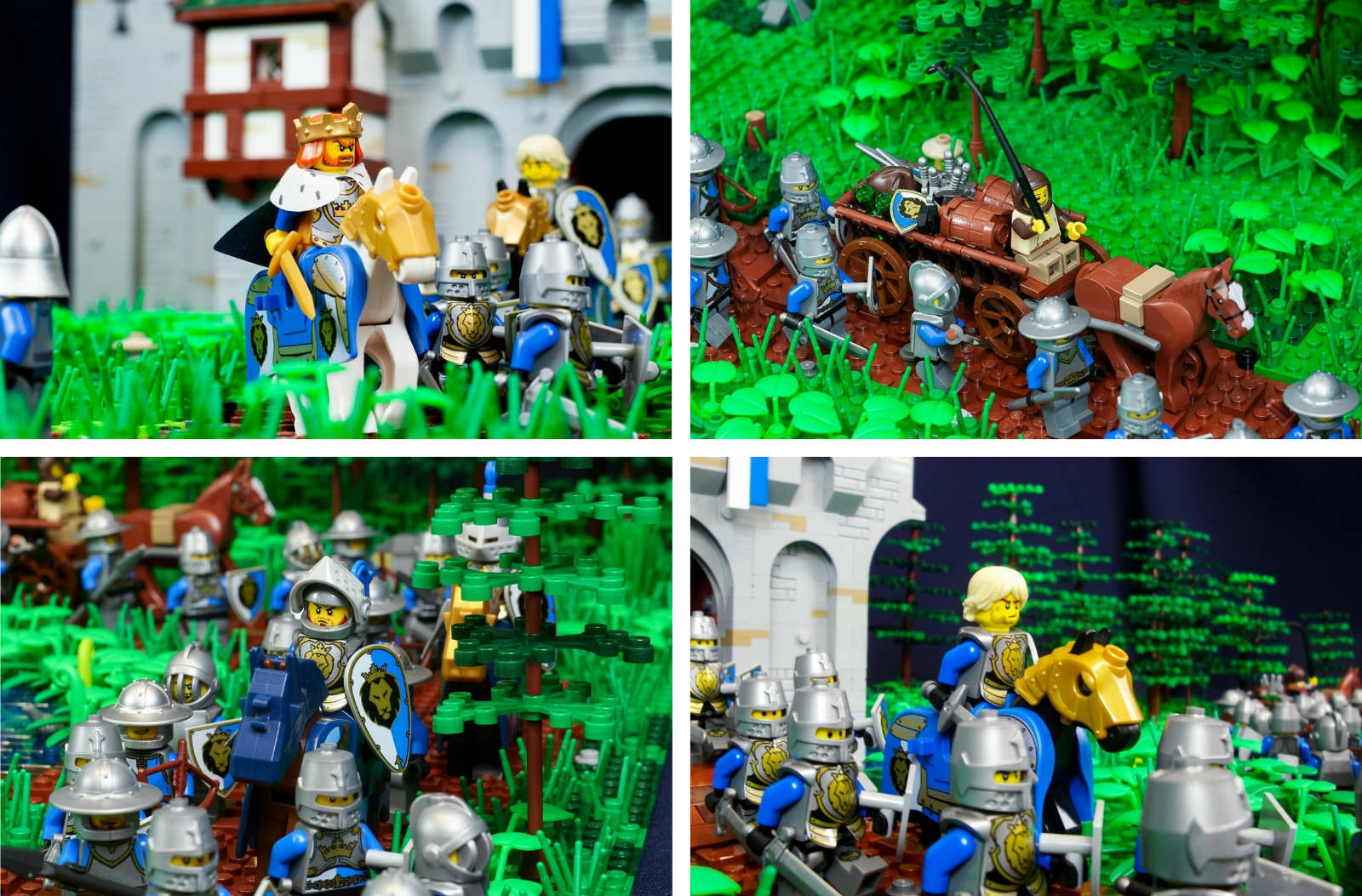