You probably heard about confrontation on chess desk between human being and machine in 1997. That year Garry Kasparov, world champion, was defeated in a duel against supercomputer Deep Blue.
Master Pilation shows this fight in his own vision.
He humanized artificial intellect and realize it as a white droid. Opposite we see Kasparov as the “mamont” of chess world. In such way author evened fighters. This MOC deserve the same emphasis as the legendary duel! 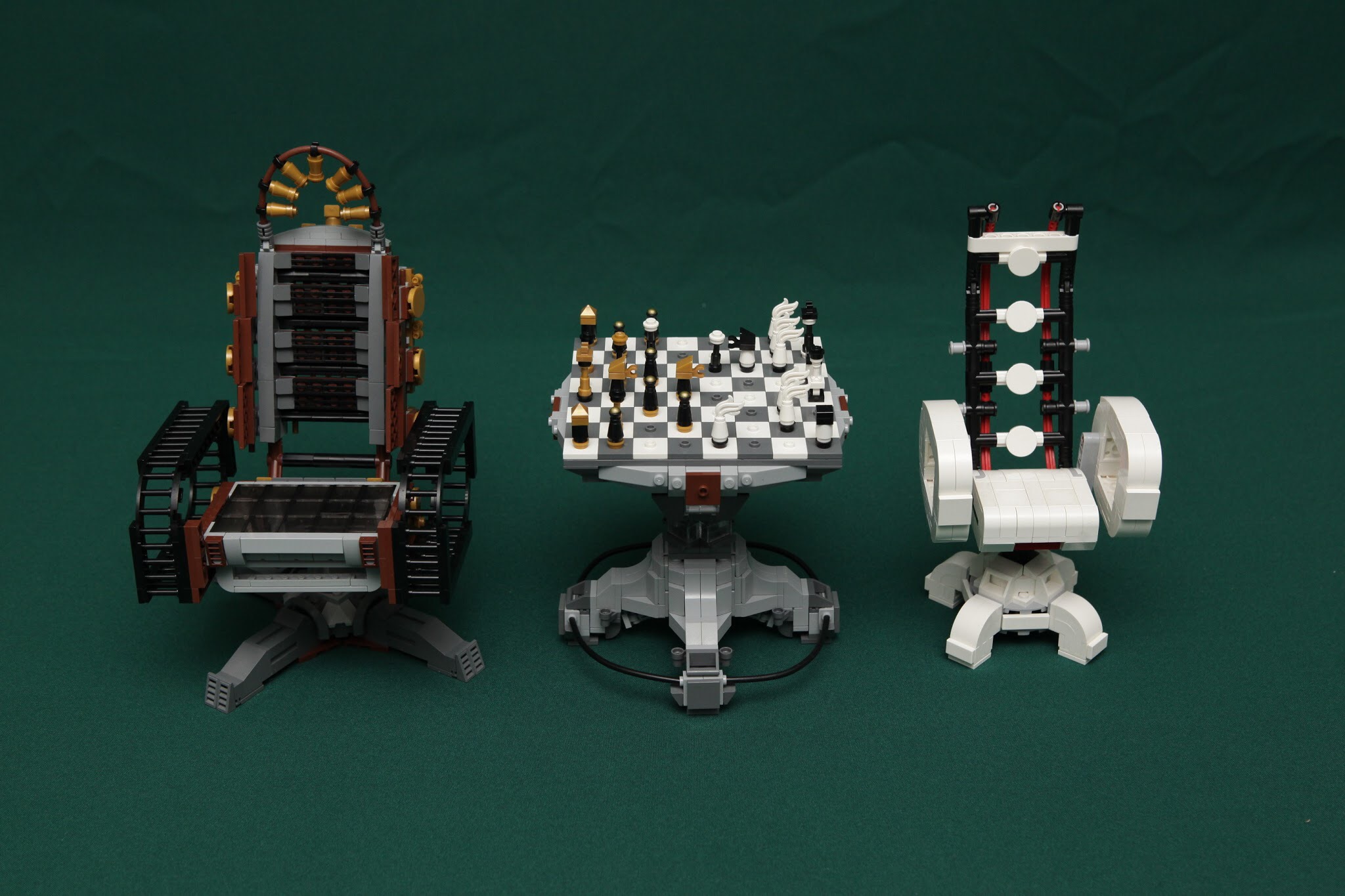 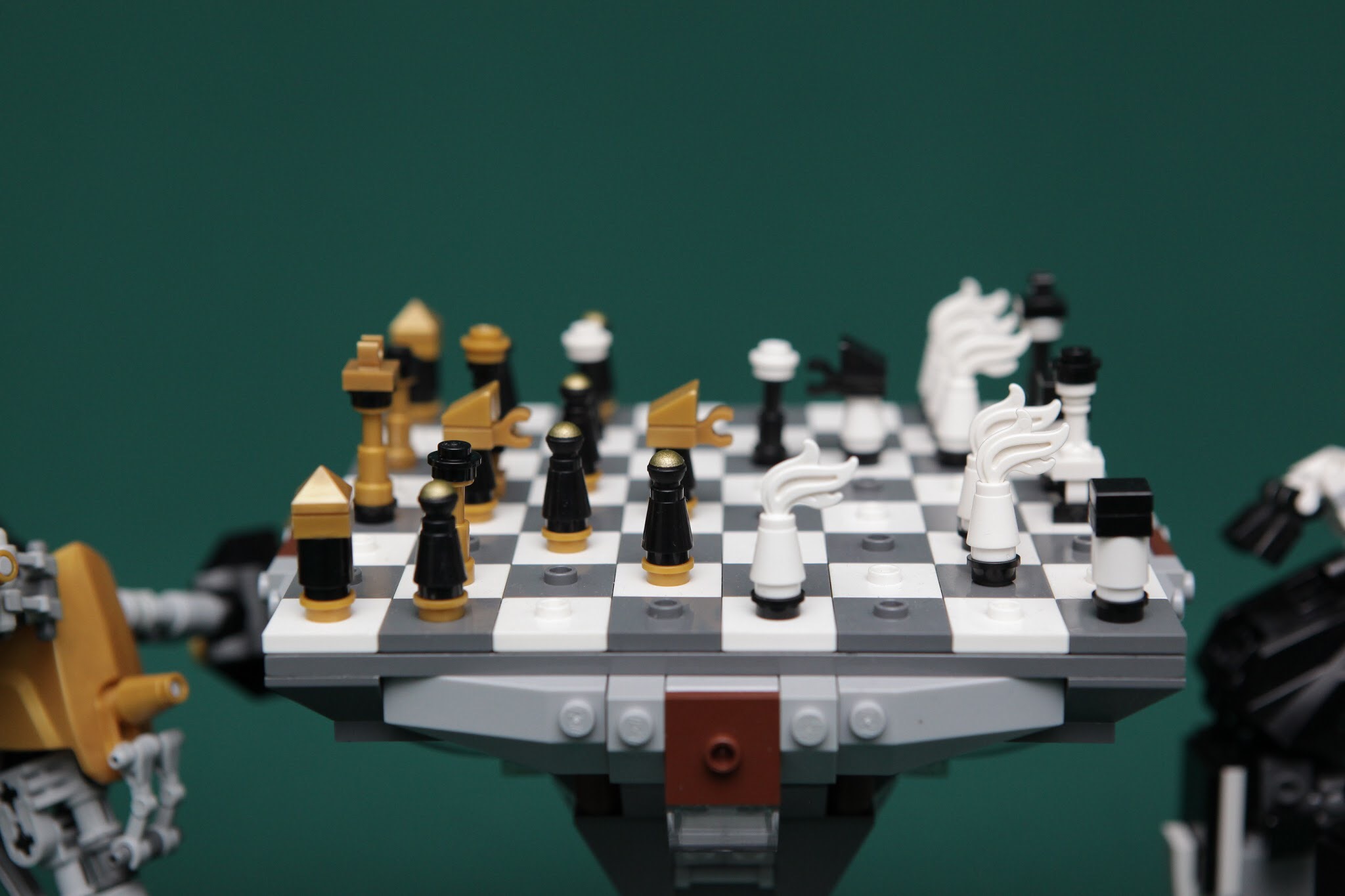