We think that not everyone knows about this characters, but in Japan they are very popular. LEGO 7 reproduced in a great way funny and cute anime-style not only with perfect poses, but also with a colour scheme.

Gadzilla Norimaki (more commonly known as Gatchan for short) is one of the main characters of the Dr. Slump series. Gatchan is a cherub that was adopted into the Norimaki family after hatching from an egg and often follows Arale Norimaki around. Later in the series, Gatchan splits into two beings with them being referred to as Gatchan #1 and Gatchan #2 with both having no distinct differences. 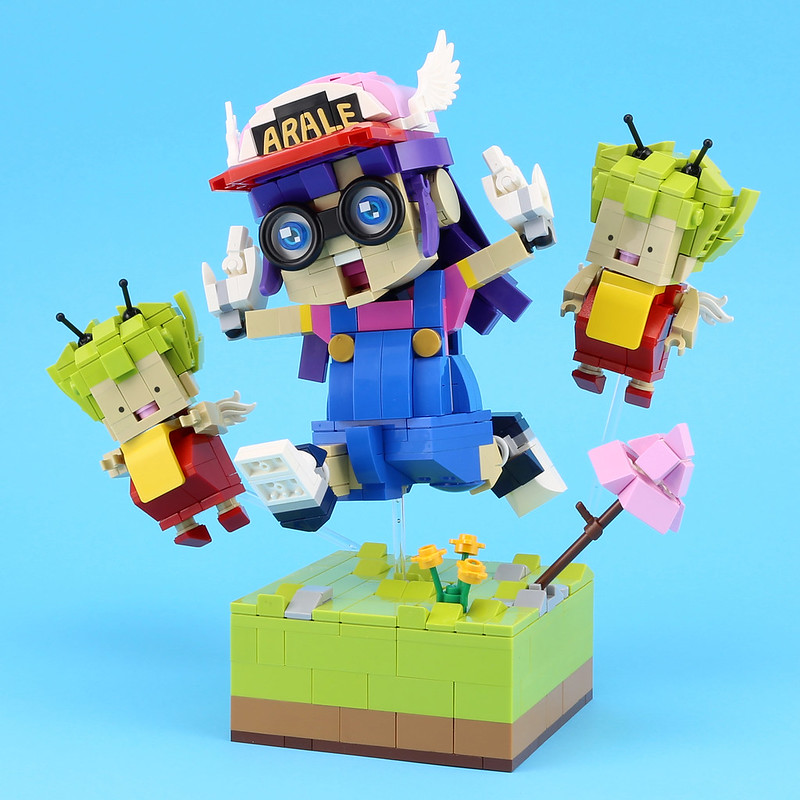 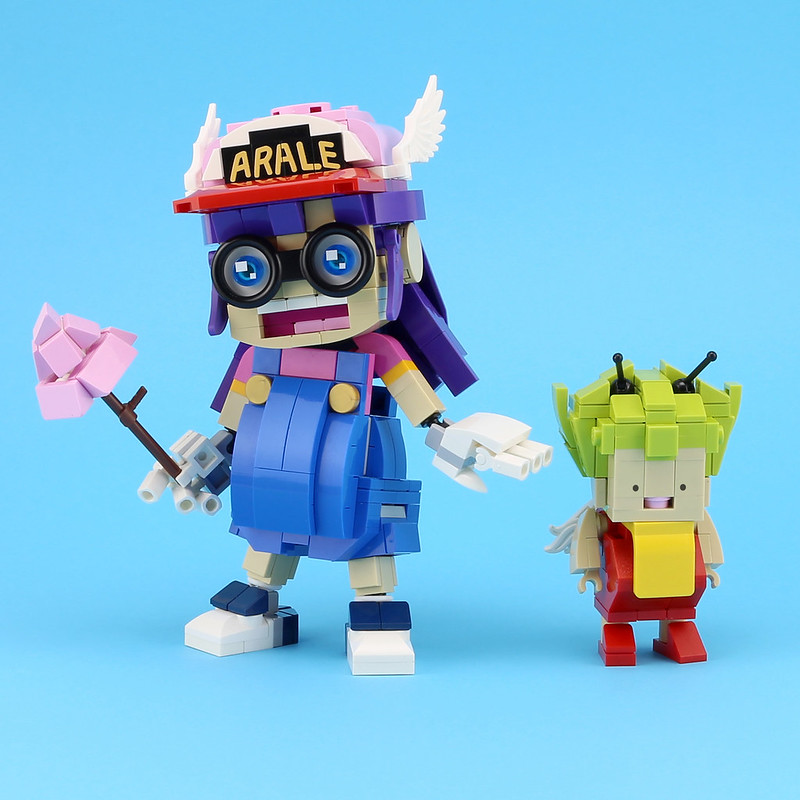