The second set from the Ultimate Technic line — Bugatti Chiron — has just been oficially shown. The set is larger than its predecessor, which was released in 2016, and, consequently, more expensive.

However, it’s priced better and got way more positive comments once detailed pictures leaked. The model consists of 3599 pieces and costs $349.99 USD/369.99€. 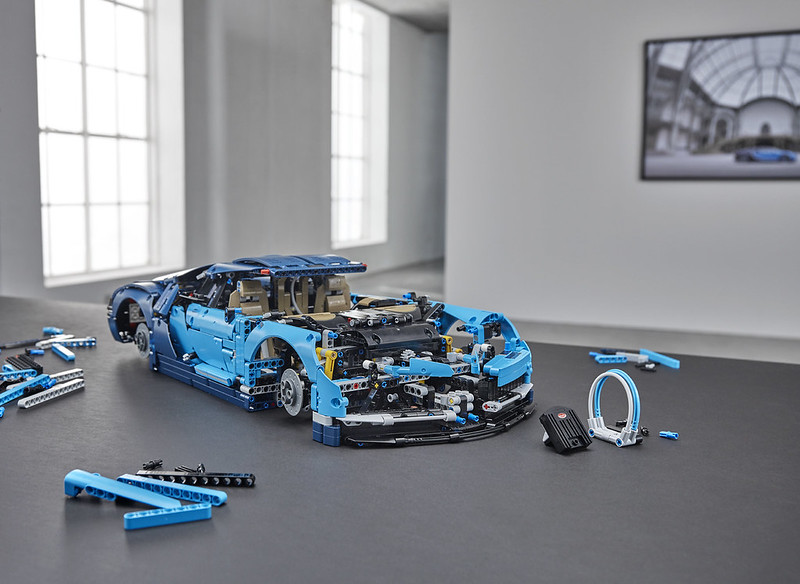 The model is in the same scale as 42056 PORSCHE 911 GT3 RS and is, just like the Porsche, a display model of a super(hyper)car with gearbox. Some changes were made tho, such as noticeable usage of system parts. Main functions and features are the same as in Porsche: steering, working suspension, openable doors, hood and trunk, working fake engine (W16 here), a bag in the trunk and gear changeover; besides that there is an adjustable spoiler, which is moved with a special key. 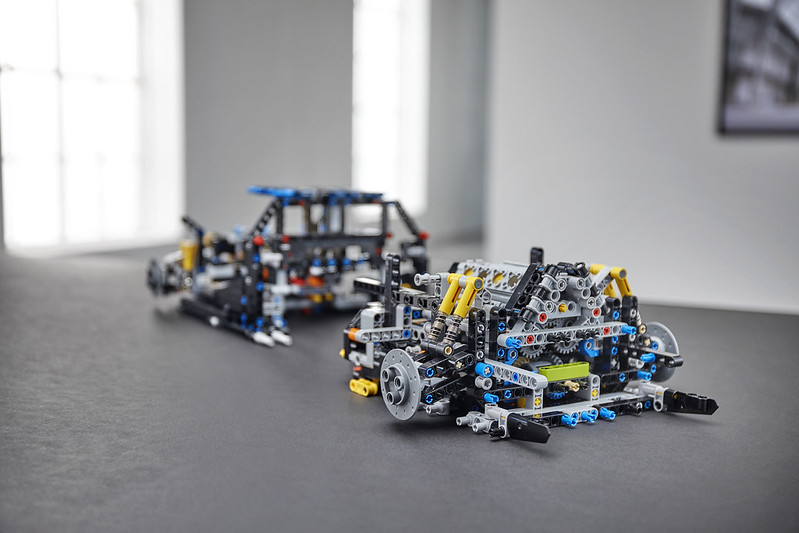 Also, just like in the Porsche, there is a “marriage” when building, just like when assembling the real car. There are some new parts: wheels with pins instead of pinholes, wheel hubs with pinholes instead of pins, double bevel 20t clutch gears, and round catchover parts. 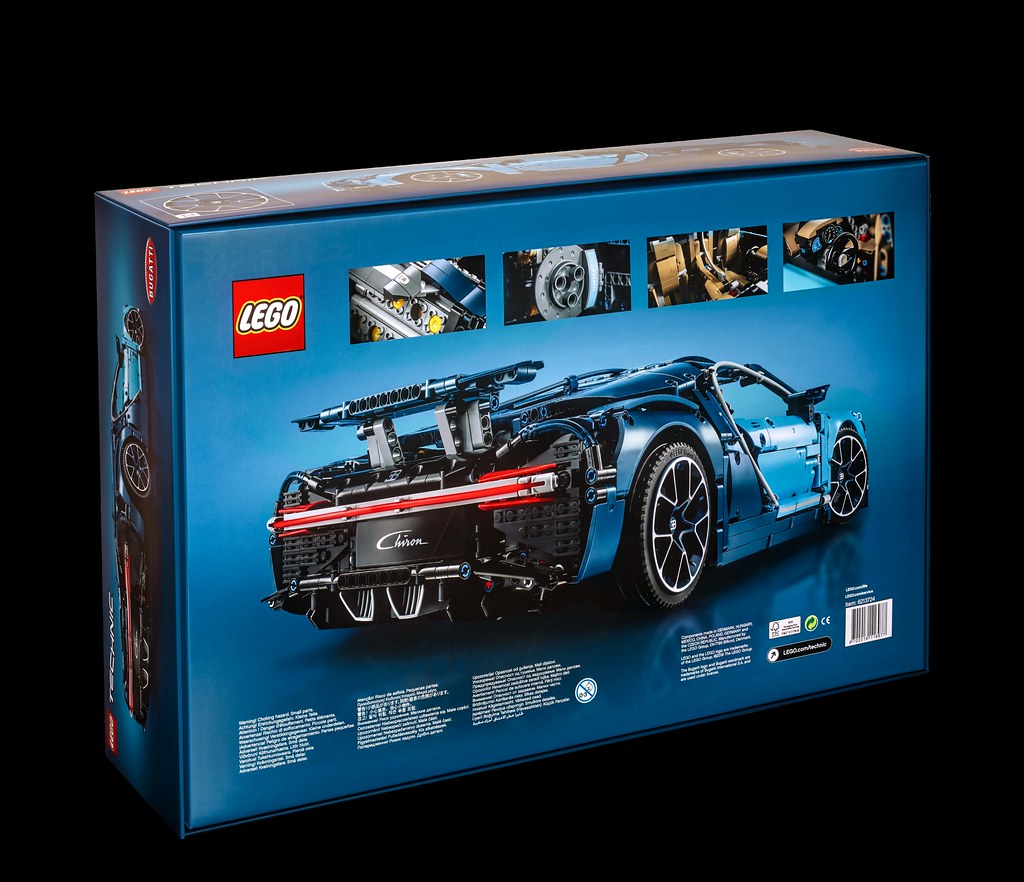 The set was released today on S@H and in Lego Brand Stores today, and in other shops it’s August release.