Warhammer Fantasy universe is not so popular in LEGO comunity like Middle-Earth, for example. But for Dwalin Forkbeard its a big sourse of inspiration. This time we introduce you his vision of one of the greatest citadel Karak Kadrin. 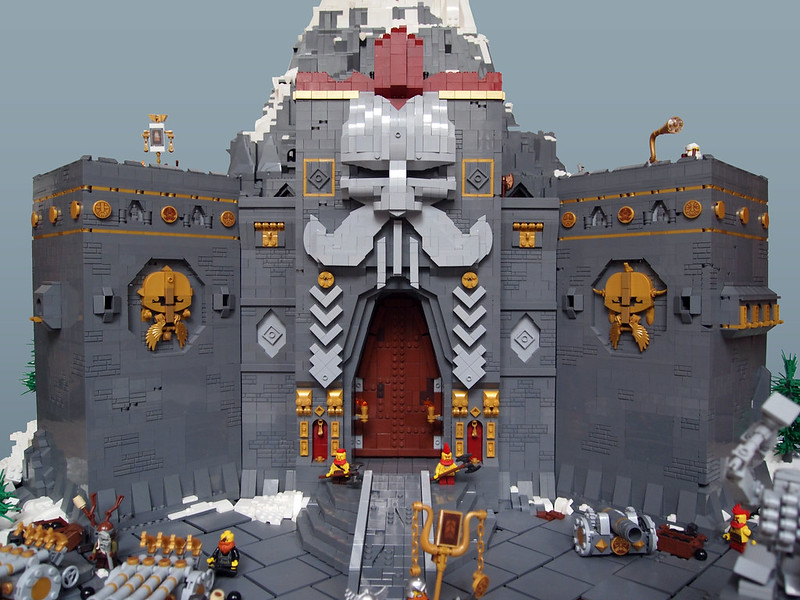 Karak Kadrin, known also as Slayers Keep is a Dwarf stronghold which guards Peak Pass, an important trading route which runs through the Worlds Edge Mountains from the distant east to the Old World. A mighty and well-known kingdom, Karak Kadrin benefits from its position, having become both a wealthy trading center and the largest, most populous and most powerful Dwarf kingdom in the Pass. 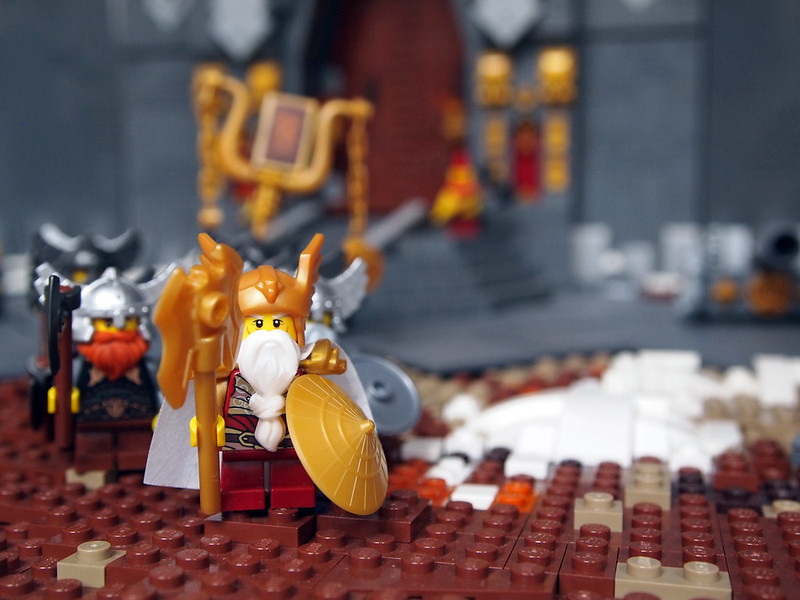 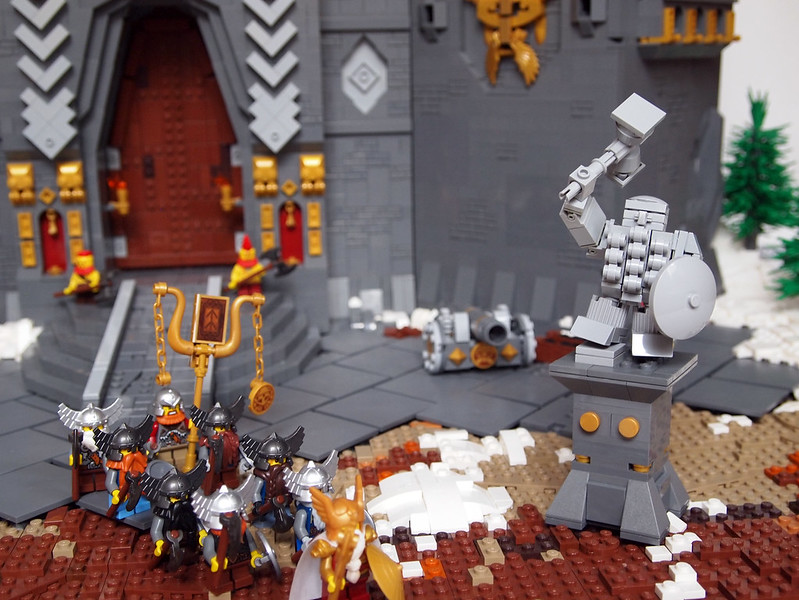 Despite being besieged countless times, Karak Kadrin has never fallen. Its impregnability is probably due to the fact it has become the home of the feared Dwarven Slayers, who are naturally attracted to such a contested place. 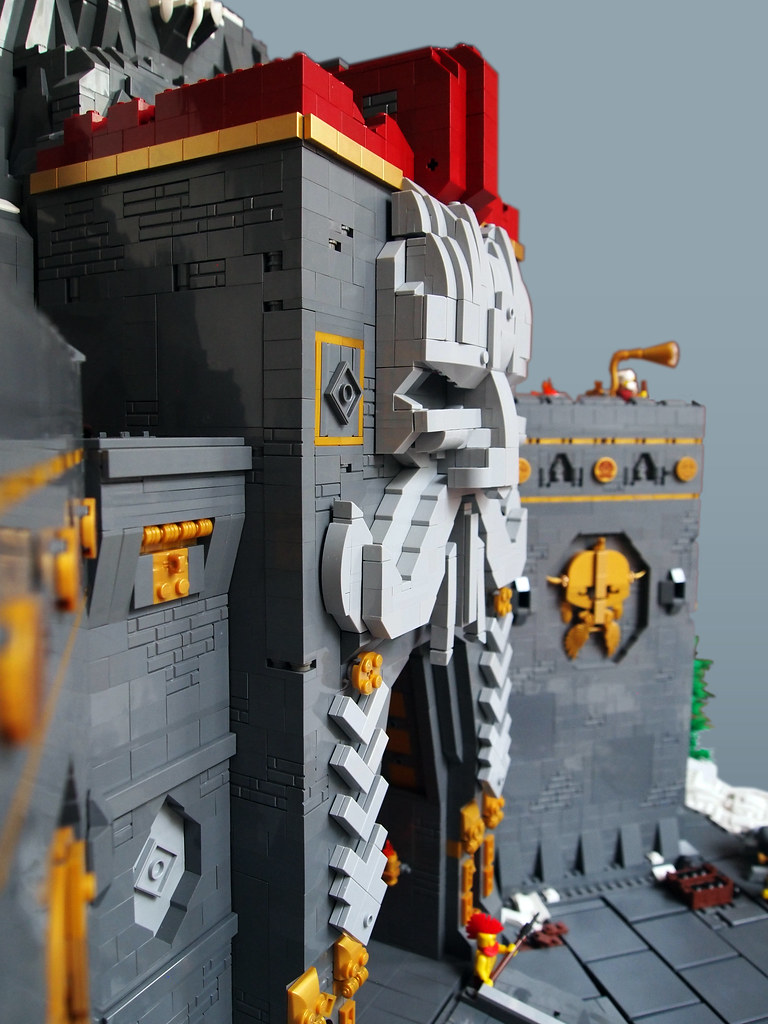 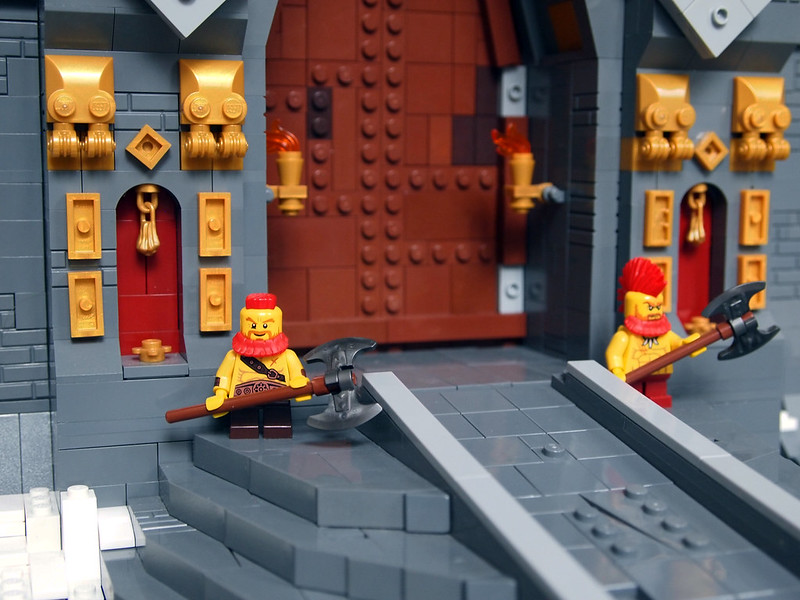 On account of this, Karak Kadrin is commonly known as “Slayer Keep”, and is an important centre for the worship of Grimnir, the Dwarf Ancestor God epitomizing fearlessness and fighting spirit. 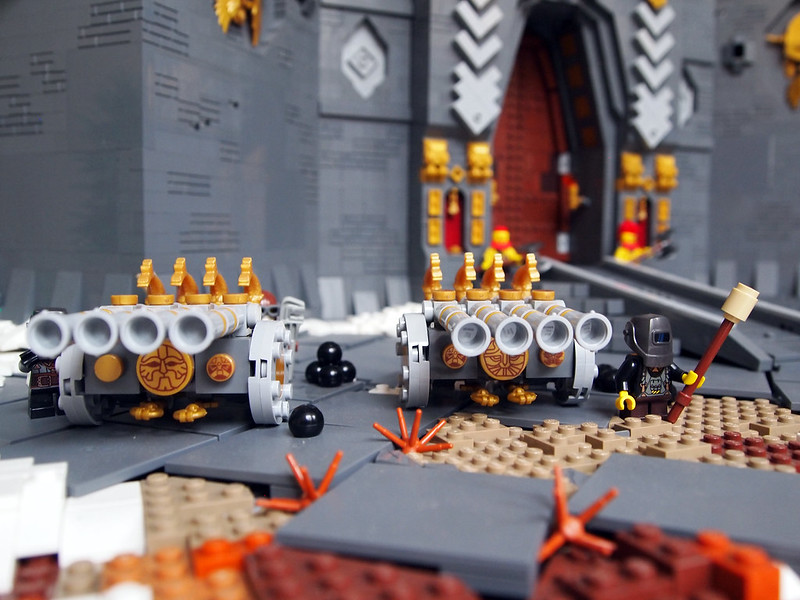 First version of dwarvish gates was done 2 yeras ago, since that times Dwalin improved his skills and number of parts. 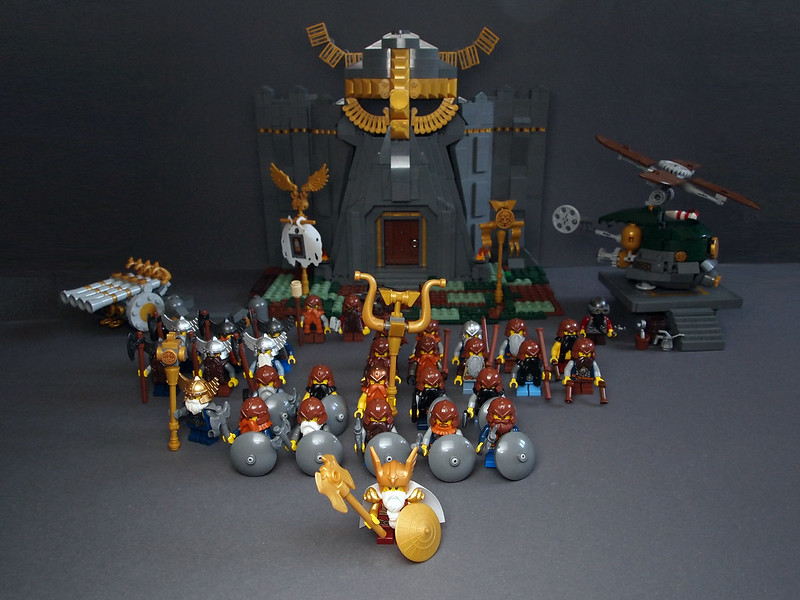 Anyway it was challenge for author to build such a big MOC. When he was on a half way to finish, he understood that he has no parts to build, so he borrowed parts from AFOLs all over the country. As true artist his is not fully happy with a result and have plans for better dwarf stronghold.

So we’ll be waiting.